A few months ago, a young mother brought her 5 month old daughter into our office because her daughter had ear infections in both ears for over a month and was on her fifth round of antibiotics. Did you read that? FIFTH round of antibiotics! The antibiotics weren’t working and so the pediatrician referred the family to an ENT doctor for an ear tube surgery consultation. The family came to us as a last resort to see if we could help her daughter. We got her daughter started under chiropractic care, and guess what happened? Her left ear, which apparently had the worse infection, resolved within a week and the right ear infection resolved by the second week. Isn’t that amazing?! They went back to the pediatrician for a follow-up and they confirmed that the infections were finally resolved. Their daughter is now 14 months old and has yet to get another ear infection. Thank God their family brought their young daughter to us in time. We encourage families not to utilize us as a last resort because we could’ve prevented all the unnecessary pain and stress to both the parents and the young child.

Do you have a child who constantly gets ear infections? If not, you probably know someone who has a child suffering through ear infections. What typically happens is the pediatrician will prescribe antibiotic after antibiotic, ultimately ending in ear tube surgery. The reason why the antibiotics don’t work is because it is only treating the infection, and not treating why the infection is happening in the first place. In other words, it’s only addressing the effect and not the cause. I’m sure you’ve heard what happens with constant antibiotic usage where bacteria becomes antibiotic resistant. And I hope we all know that surgery should be the absolute last option. There is a better way, and I’m here to tell you that ear infections can be resolved safely, naturally, and effectively.

I’ve suffered with chronic ear infections since I was a young child all the way up until my early 20’s. I remember having an ear infection in my left ear about every 3 months or so, and my mom would always have to take me to the doctor’s office. I would often be prescribed antibiotics, both the kind that you drip into your ear, and also the one you take by mouth. I admit that my ear would feel a lot better and the infection would go away, but why would the ear infection always come back after a few months? The doctor would tell my mom over and over that I should get tubes in my ears if I didn’t want to suffer with constant ear infections. We knew that there had to be a better option than surgery, but we just didn’t know what the other options were. So we decided to not get the surgery and just continue the antibiotic regimen every few months whenever the ear infection returned. My mom was also told that I would “grow out” of the ear infections eventually, but I was still getting them in my early 20’s. While I was a student at the University of Hawaii, I decided to visit a chiropractor for my nagging neck pain and headaches. I got started with chiropractic care and of course my neck pain and headaches went away, but I noticed something else as well. I have never had another ear infection ever since I got under chiropractic care! How is that possible?! I was so intrigued with the power of the human body and it’s capability to heal itself, and so I decided to become a chiropractor myself to give others that same hope and healing that I was given.

How can Keystone Chiropractic help with ear infections?

The cause and prevention of ear infections lies in the anatomy. A small muscle called the tensor veli palatini is responsible for opening the eustachian tube. It is controlled by a branch of the trigeminal nerve, which has tracts that extend all the way down to the brain stem and arches on the top bone of the neck called the atlas. The atlas can misalign after traumatic events like childbirth and slips and falls during development, which can put pressure on the body of this nerve and cause dysfunction of the tensor veli palatini. If this muscle isn’t working properly due to a misalignment of the atlas, the eustachian tube won’t open to allow for proper drainage, which in turn can lead to ear infections. Correcting misalignments in the atlas in a young child and even an adult will unwind this cycle by taking pressure off the nerve, restoring function to the tensor veli palatini, allowing the eustachian tube to open and drain efficiently, and resolving ear infections at it’s source.

Drs. Joshua and Daniel at Keystone Chiropractic have helped many individuals suffering with ear infections in the Plano, Frisco, Allen, McKinney, Prosper, and surrounding North Dallas communities. They focus specifically on neuro-structural chiropractic and use advanced technology to pinpoint the exact areas that need to be corrected. Allow Keystone Chiropractic to assist you in gaining victory over you or your child’s ear infections. Live Better Now! 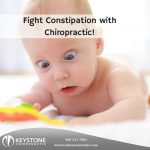 Why Do Children Get Constipated?Constipation 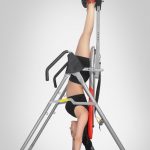